Talking about German language courses: Who needs that?! Some Germans, apparently.

Now that even The New York Times unveils the bitter fact that in Germany there are people being in some way excluded or laughed at for the way they speak. While natives speaking another dialect or non at all, don’t give a shit on how this is perceived, Swabians – probably also due to some perfectionism culture – feel ashamed and travelers amongst them are trying hard to get rid of their local accent, that might reveal to others a lot about the prejudice on their negatively perceived habits.

The story could however turn to the opposite. Comedian dodokay started promoting Swabian dialect and getting concert halls sold out for his Swabian performances. He’s giving back Swabian identity to all of us who were trying hard to cover their origins by lampooning Swabian Dorf Kultur. 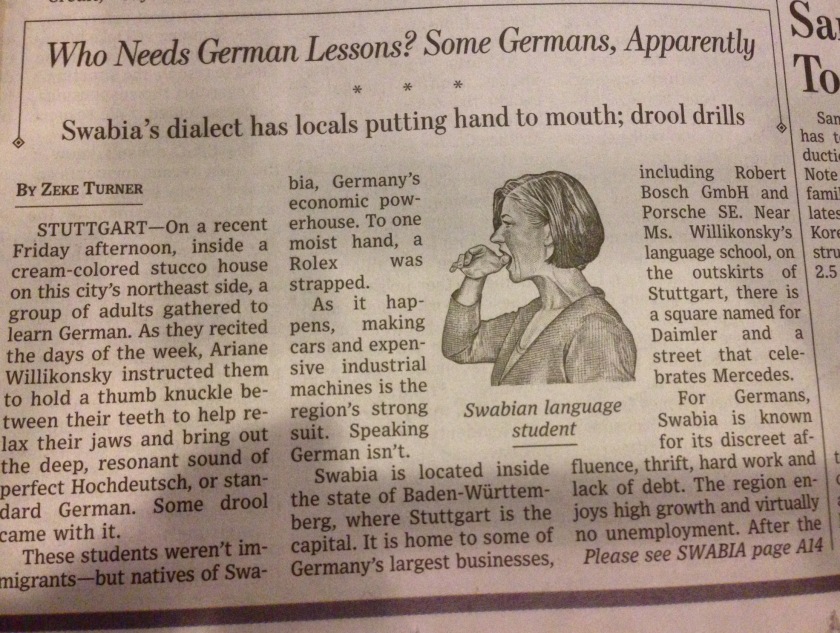